I have one disclaimer here, I love chicken! No matter how it’s prepared it’s my go-to meal. But, whether or not you are a crazy “pollo” fan like me, you will love having this dish in your recipe rotation! A spicy rub of cayenne pepper, paprika, oregano, garlic, salt, and pepper sets the tone while flame grilling provides the backdrop to devil’s style chicken! But don’t worry, it’s definitely not too hot to savor every last bite.

I don’t, but I literally could eat chicken every, single night … I love it so much! It’s become a family joke and my parents always poke fun at me, asking “what kind of chicken are we having tonight”? One night while visiting our daughter in NYC, we tried out a new restaurant in The Village and it seems that three of the four of us were craving chicken. The only option on the menu for chicken lovers was Pollo alla Diavola (devil’s chicken) so-called for the spicy nature and flame-grilling of the dish. I had never had it before, but it is possibly the best chicken dish I’ve ever eaten. In fact, it registered such a high note with us that it’s in the regular bi-weekly meal rotation! I made it for a dinner party one night, and even though most recipes call for the whole spatchcocked chicken, we purchased Mary’s bone-in, skin-on chicken breasts and it was devilishly divine! Our son suggested it as an alternative to my regular hot and spicy wing recipe, and it was awesome as a rub on wings, too. If you like spices and chicken, you just can’t go wrong with this recipe. Last time I made the rub, I quadrupled the recipe and made a whole spice jar full. This makes it super easy when you have a craving for this dish at the last minute! 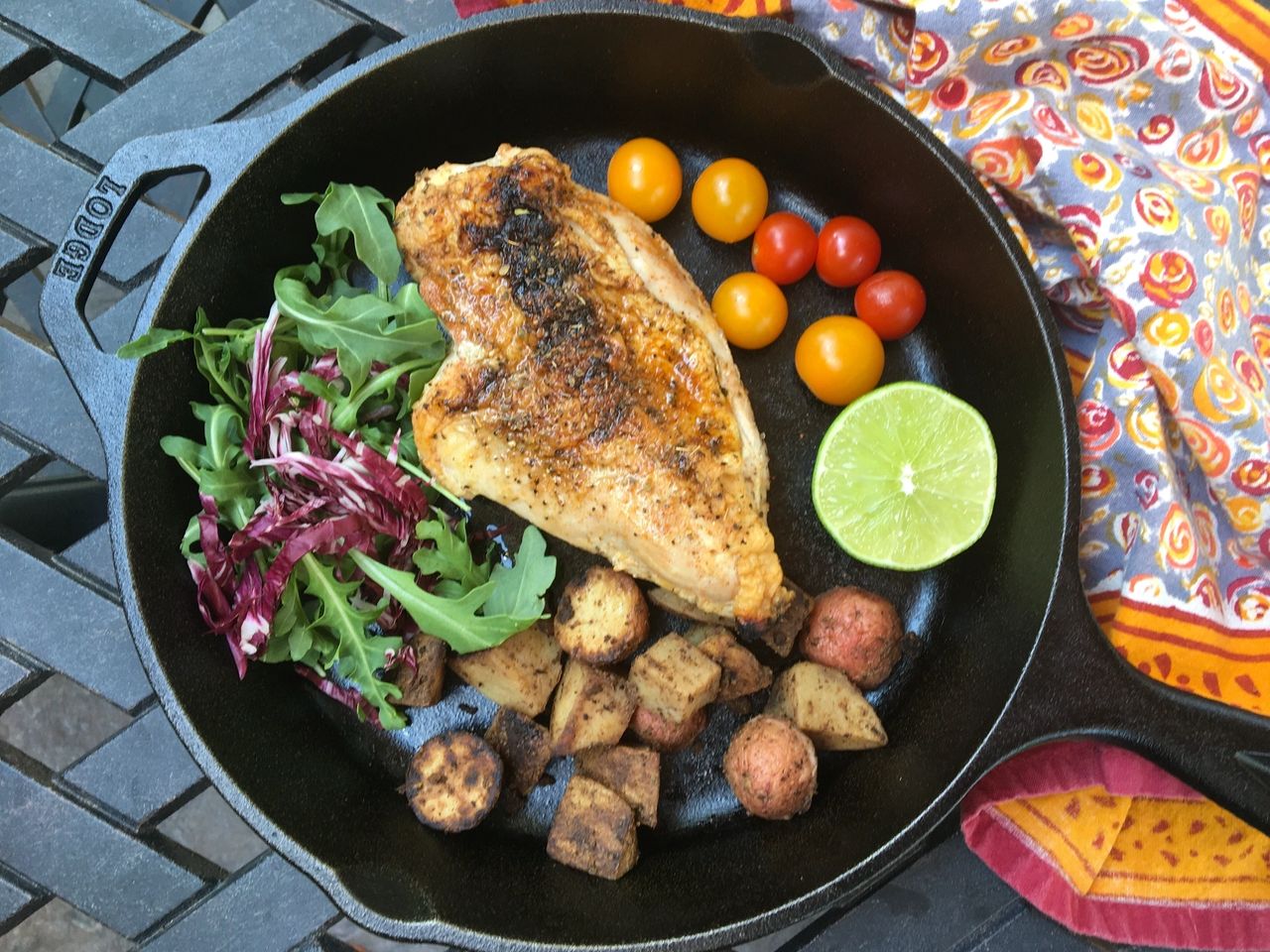