You can make your very own street corn but without the mayo! Grilled corn carved off the cob, roasted poblano peppers, and caramelized onions rally together to create this flavorful side dish. Top with your favorite grated cheese and a splash of lime to make your own street corn! 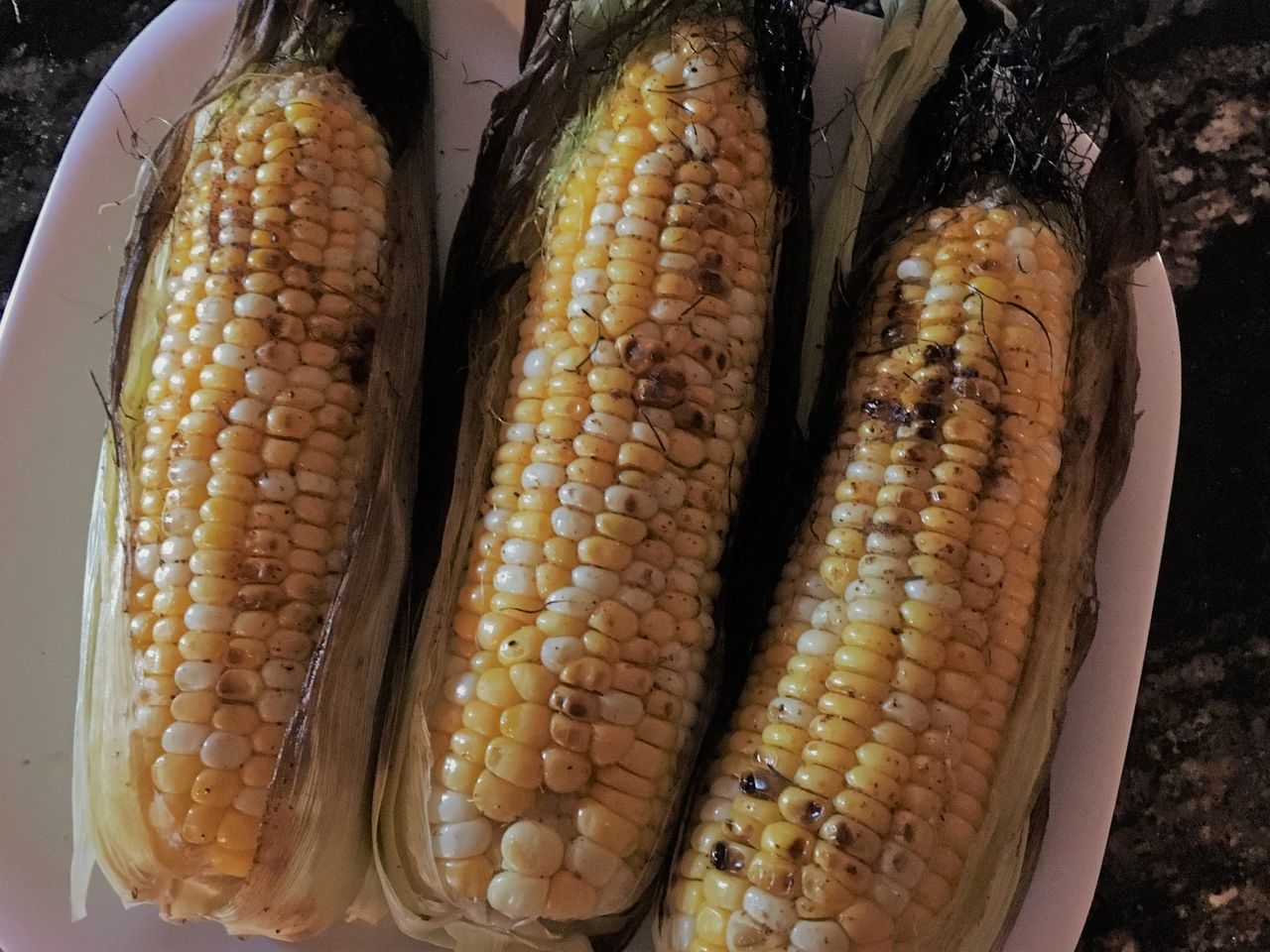 Servings 6 as a side dish

*Note—we grill on a gas Weber, which runs hotter than some barbecues. Just be aware that cooking times can vary depending upon the barbecue you have.