Is it a figment of our imagination or is fig season just too short? Figs are a fleeting pleasure, but if you can get ahold of fresh figs, there is so much you can do with them! Just this week, we’ve made Fig-Pomegranate Frozen Yogurt, Fig-Kalamata-Almond Jam (so delicious with grilled lamb, beef or chicken) and this delicious and simple Caramelized Fig & Onion Crostini. All you need to do is caramelize some thinly sliced onions, then brown the figs in the same pan, and serve both on toasted baguette slices smothered in goat cheese. Oh, and sprinkle a little thyme and Himalayan salt on top! That’s it and it’s oooooooooh my goodness, so incredibly tasty!

Fig season comes and goes, usually twice a year, but each time it seems like it’s way too short! The first season of the calendar year is called the “Breba” season and it normally arrives in early to mid-June. The Breba crop develops on the wood from the previous year’s late summer harvest. The figs usually come out on the fig trees shortly after the leaves pop out. The second growth of figs develops on new wood from the current year. This crop ripens late August through October and is generally sweeter with more highly concentrated flavor. 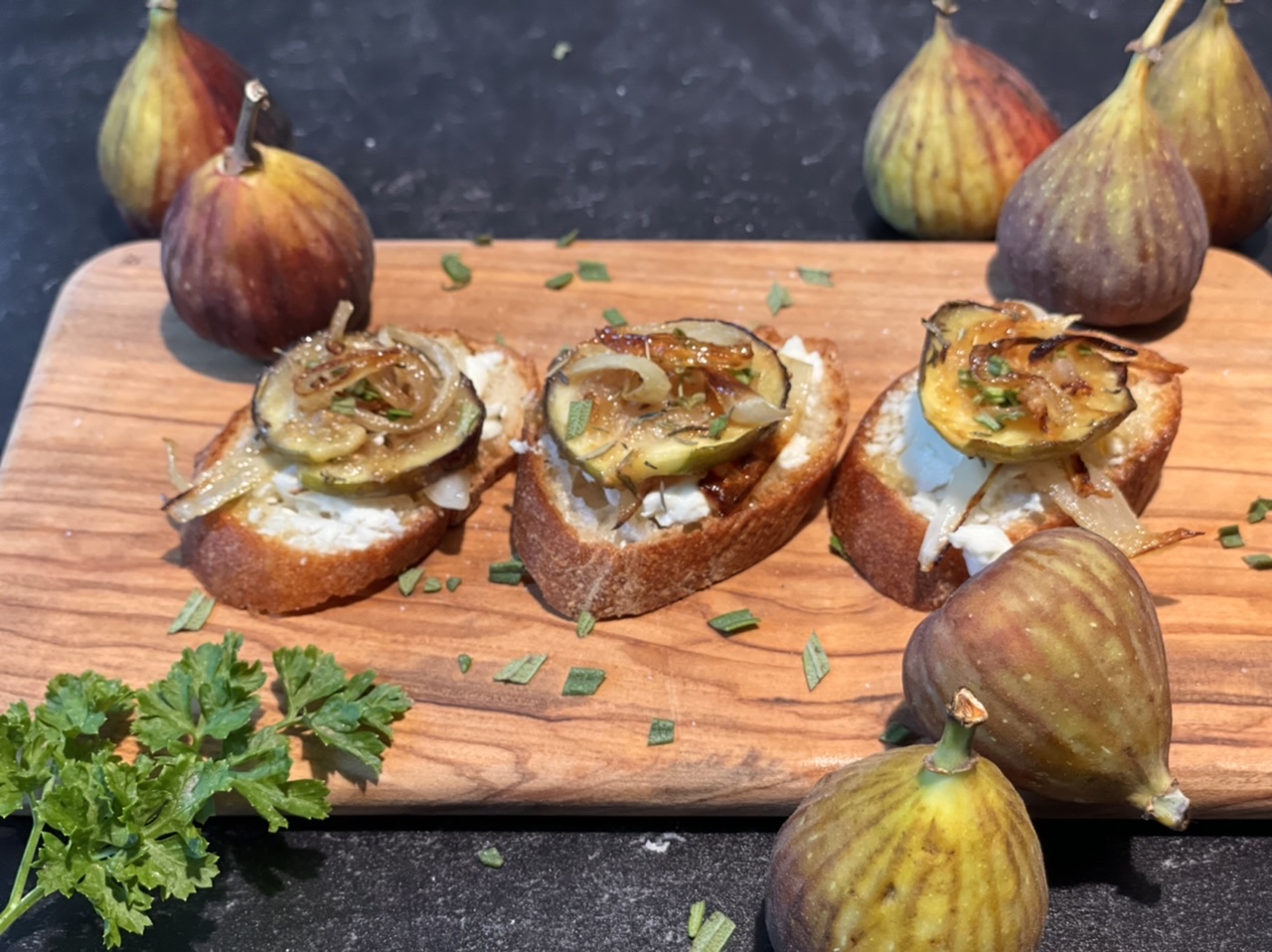