Caramelized onions, apples, roasted chicken, and sharp cheddar rolled into beautifully thin crepes makes an outstanding fall meal. The inspiration for this recipe was an autumn “apple” themed teacher appreciation luncheon at Placer Hills School (Northern California) where all of my kids were enrolled. Every dish was to include apples as an ingredient. This was easy for appetizers and desserts but posed a bit of a challenge for the entrée. In the end, we created apple-onion-cheddar crêpes, and the response was terrific! Whether they were just being polite, you’ll have to find out for yourself, but this recipe did win a first prize ribbon at the Auburn Community Harvest Festival! This version also has pulled chicken, but it’s delicious without, too, for a vegetarian option. Add this recipe to your fall recipe collection. 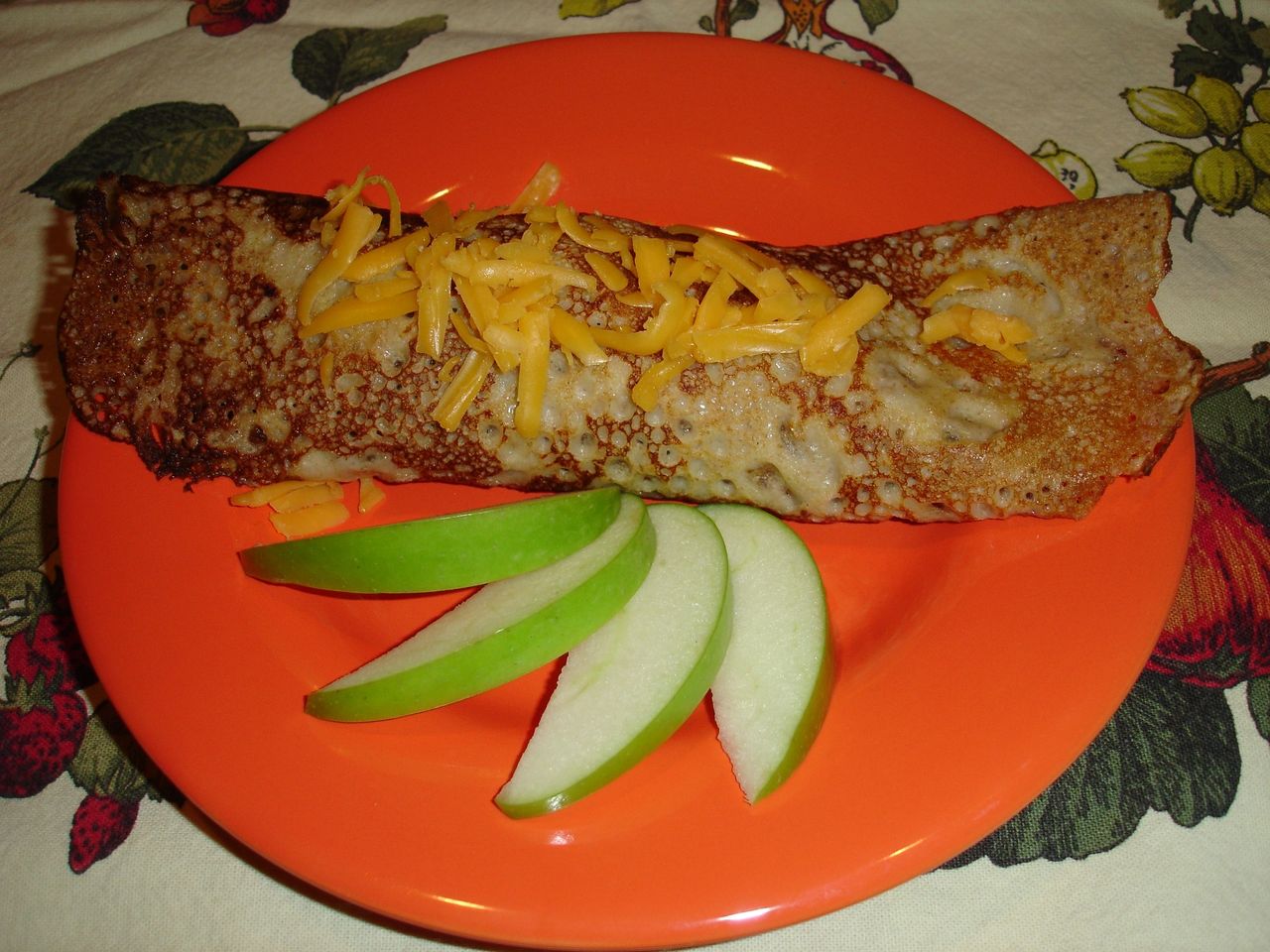