A few years ago, my husband and I had the opportunity to visit Courtney in New York City and had several excellent meals during the trip. But, one dinner, in particular, stood out above all others. It was an exquisite chicken dish served on a bed of pureed celery root and topped with watercress-tarragon vinaigrette. We discovered this delicacy at a tiny little restaurant called Whitehall Bar + Kitchen in Greenwich Village.

Though we did not actually get the recipe from the chef, (I kept kicking myself for not asking) we decided to try to replicate it at home, based upon the menu description. We’ve come very close to the amazing flavors we enjoyed that evening. We hope you enjoy it as much as we did! 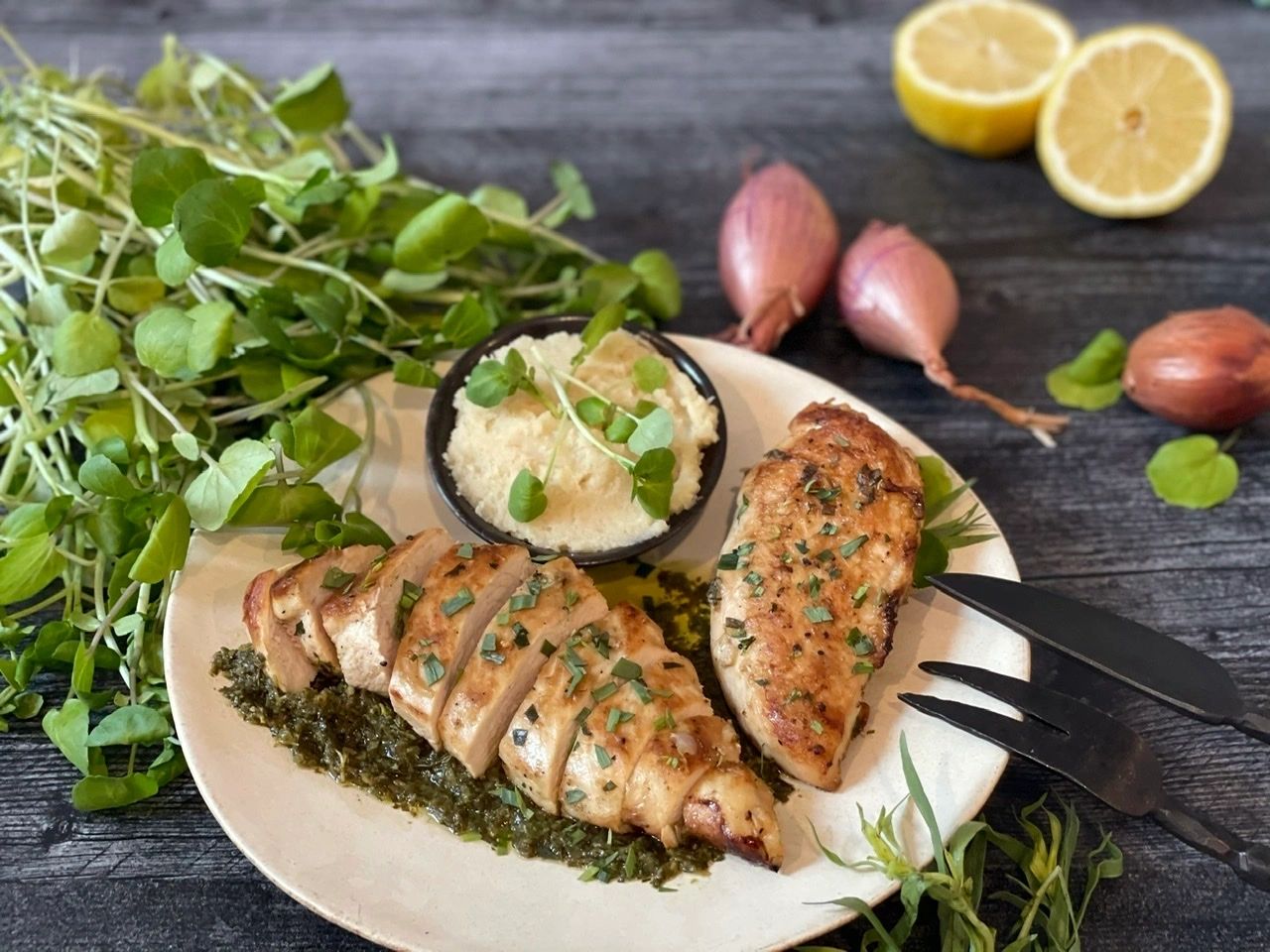