The pesto recipe is after this fun story and all of the pics! Just follow the yellow brick road!

Playing the Witch’s Mother in Wicked was a dream come true, and also a sort of full-circle moment for me. While attending SJSU, an alum visited one of my company classes and talked about her experiences on Broadway and in NYC. At the time, she was playing the Witch’s Mother Track in the Broadway company of Wicked. A year later, in the spring of 2008, my mom and I went on a trip to NYC so I could get a taste of the Big Apple. While there, I begged (essentially forced) my mom to go see Wicked. So, we got two tickets in the very last row at the Gershwin and I saw my first Broadway show! Funny enough, that same girl who had come to talk to one of my classes at SJSU was playing the Witch’s Mother that performance. I thought, “how cool is that! And I’ve met her!” The show was incredible, of course, and we had a fantastic time. Fast forward to May of that year – I was doing “Beauty & the Beast” at AMTSJ, in the ensemble and understudying the silly girls. A couple weeks into our very short rehearsal process, one of the silly girls got a call (while we were in rehearsal), that she got the part of the Witch’s Mother track on the National Tour of Wicked! Woah, so cool! She headed off to live her tour dreams, and another lovely actress took her spot.

Then, cut to three years later in February of 2012 – I was leaving the 2nd National Tour of Wicked, where I was a swing, and serendipitously got cast as the Witch’s Mother in the 1st National Tour! Woah, dreams coming true all over the place. After a year and a half on that tour, I decided to finally go back to New York. I was lucky enough to make my Broadway Debut in Something Rotten!, as a swing. Shortly before the show closed on Broadway, I got lucky again and was offered a temporary contract to cover the Witch’s Mother track in Wicked on Broadway! What a wild sequence of events. That first show playing that role on Broadway was so surreal. Having sat in the very last row eight years prior, watching a fellow alum play that role, and seeing my very first Broadway show, being on stage IN that role was incredible. A full-circle moment indeed. Those are the gifts of life. Those moments. I am forever grateful for my Wicked family and also for every single person that got me to that moment, and beyond.

Needless to say, those green Pointe shoes have a special significance to me. Having played/covered that track several times, it is always an exciting moment to pull out those beauties. And, yes… they definitely hurt and I’ve had messed up toes, toenails, and feet. And I’ve cried from the pain. But, I would do it again and again, nonetheless. And I miss them. I miss them a lot.

The recipe is below all of these fun pics!  PRINT RECIPE

We use garlic in a lot of dishes, but don’t use a lot of garlic in our dishes! We just aren’t huge fans of “over-garlicking” which is why we love to make our own pesto! Besides, the characteristic scent of fresh basil is so aromatic and inviting! We like using toasted pine nuts to make the pesto even richer! 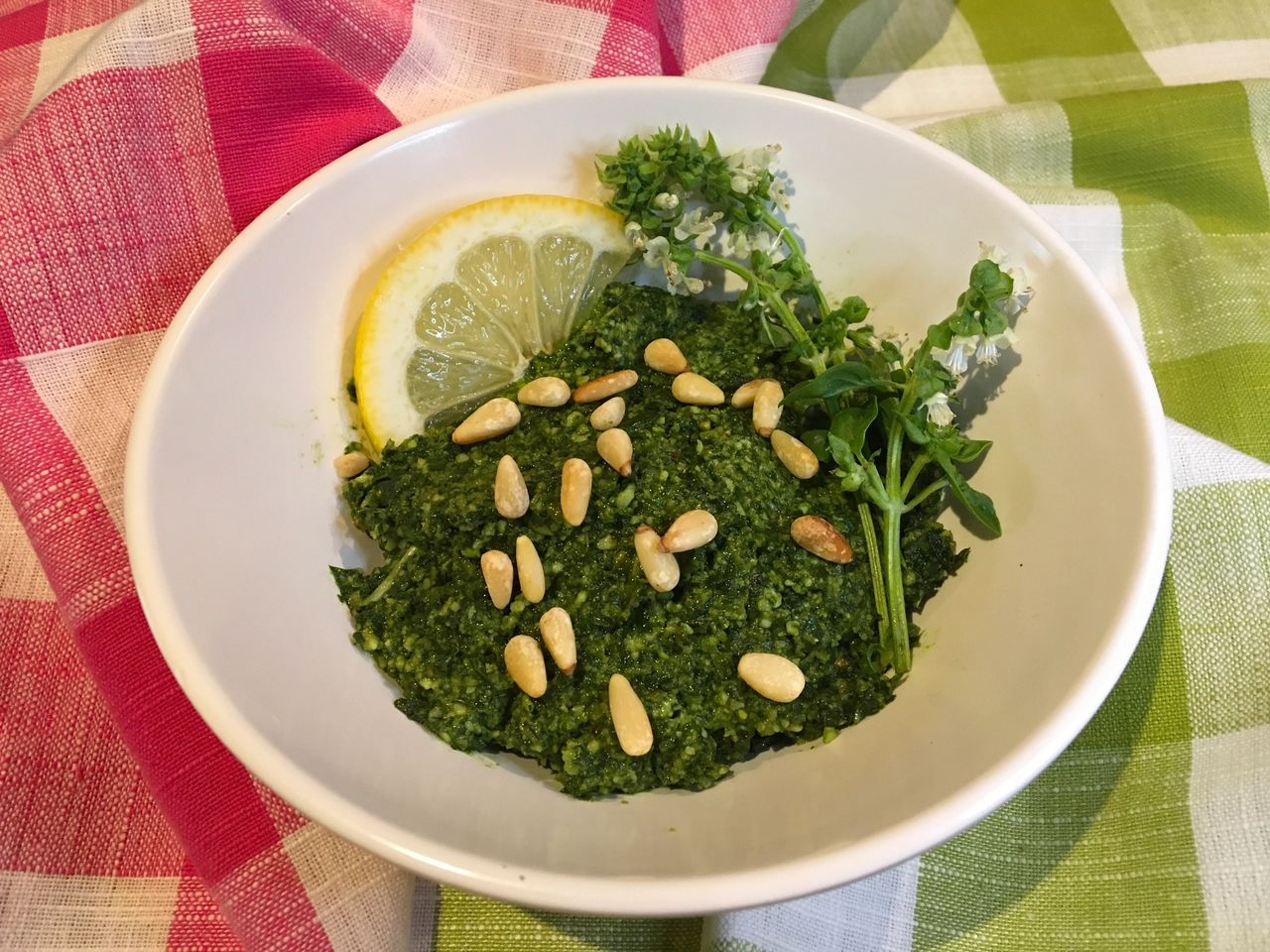 We use garlic in a lot of dishes, but don't use a lot of garlic in our dishes! We just aren’t huge fans of “over-garlicking” which is why we love to make our own pesto! Besides, the characteristic scent of fresh basil is so aromatic and inviting! We like using toasted pine nuts to make the pesto even richer!