The first time I ever had lobster-Gruyere mac and cheese was at Purple Café and Wine Bar in Seattle. Normally, I am somewhat careful about eating a ton of fattening food, but I downed the entire, heaping portion served to me that night and did not regret one, single bite! It was so velvety and decadent and scrumptious. We have recreated this dish in our kitchen and love the results! Made with shallots, white wine, creamy and nutty Gruyere cheese, and chunks of lobster meat, this dish is pure indulgence in comfort food!

We love lobster, but rarely cook it at home, unless we’re making this delicious mac ‘n cheese or paella. Lobster is a special occasion fare and perfect for special holidays. In fact, when I was a newlywed, I tried cooking live lobster for a special, romantic dinner, but ended screaming and running from the room, calling for my husband to come to rescue us … the lobster and me!

Although I used the largest pot I had at the time, it turned out to be way too small.  Not only was the lobster squealing, but I was also screaming in terror for the poor fellow. That was my one and only attempt at cooking live lobster, and I don’t miss it at all.

Nowadays, when I cook lobster, I make sure it’s not alive, and steam it in a French steamer or grill it on the barbecue. Steaming is the best way to cook lobster for this dish because it retains the moisture so well. Also, I discovered Campanelle pasta, which is a kind of cone-shaped pasta with ruffled edges. It’s so much fun in this dish because the edges pick up a little bit of crispiness – a great contrast to the otherwise creamy texture. But, you can use your favorite pasta shape for this dish. This recipe is perfect for a special Valentine’s dinner.💕 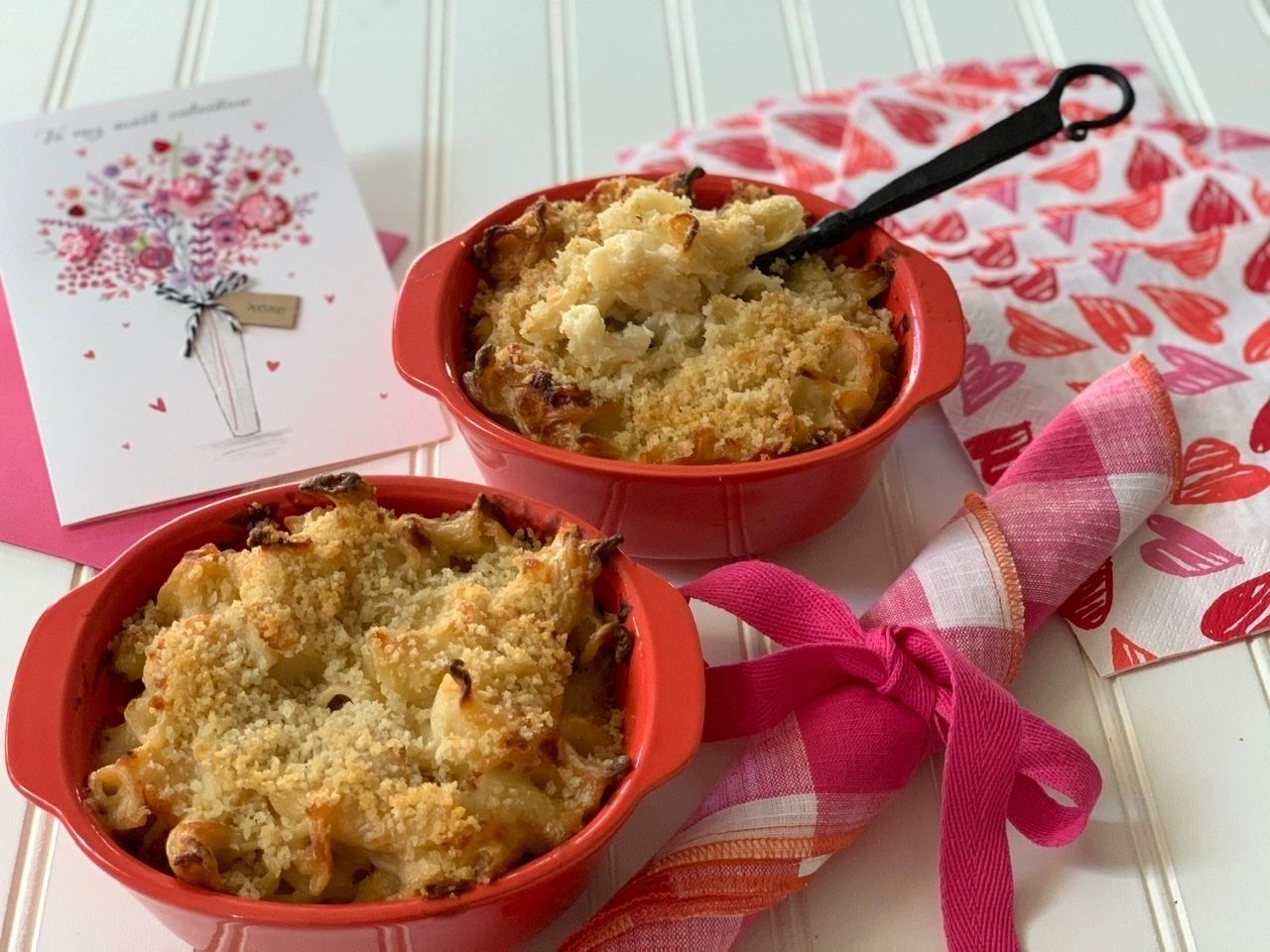