We are pretty much German Chocolate Cake addicts. That’s the long and the short of it. It’s that fabulous frosting made with toasted pecans and coconut in a thickened brown sugar custard that is so hard to resist! But, we like it best with a darker chocolate cake rather than the traditional light Baker’s German’s Chocolate. This recipe also has an extra touch of decadence with a dark chocolate buttercream frosting in addition to the German Chocolate Frosting! Then, we toss on a sprinkling of toasted coconut just for grins! Happy grins at that!

We use Trader Joe’s Dark Chocolate, Ghirardelli 60% cacao, or Guittard’s 63% Extra Dark chocolate chips in place of the traditional Baker’s German’s Sweet Chocolate in this cake and we love that taste because the Baker’s is such light chocolate at only 48% cacao. It’s barely chocolate, really! 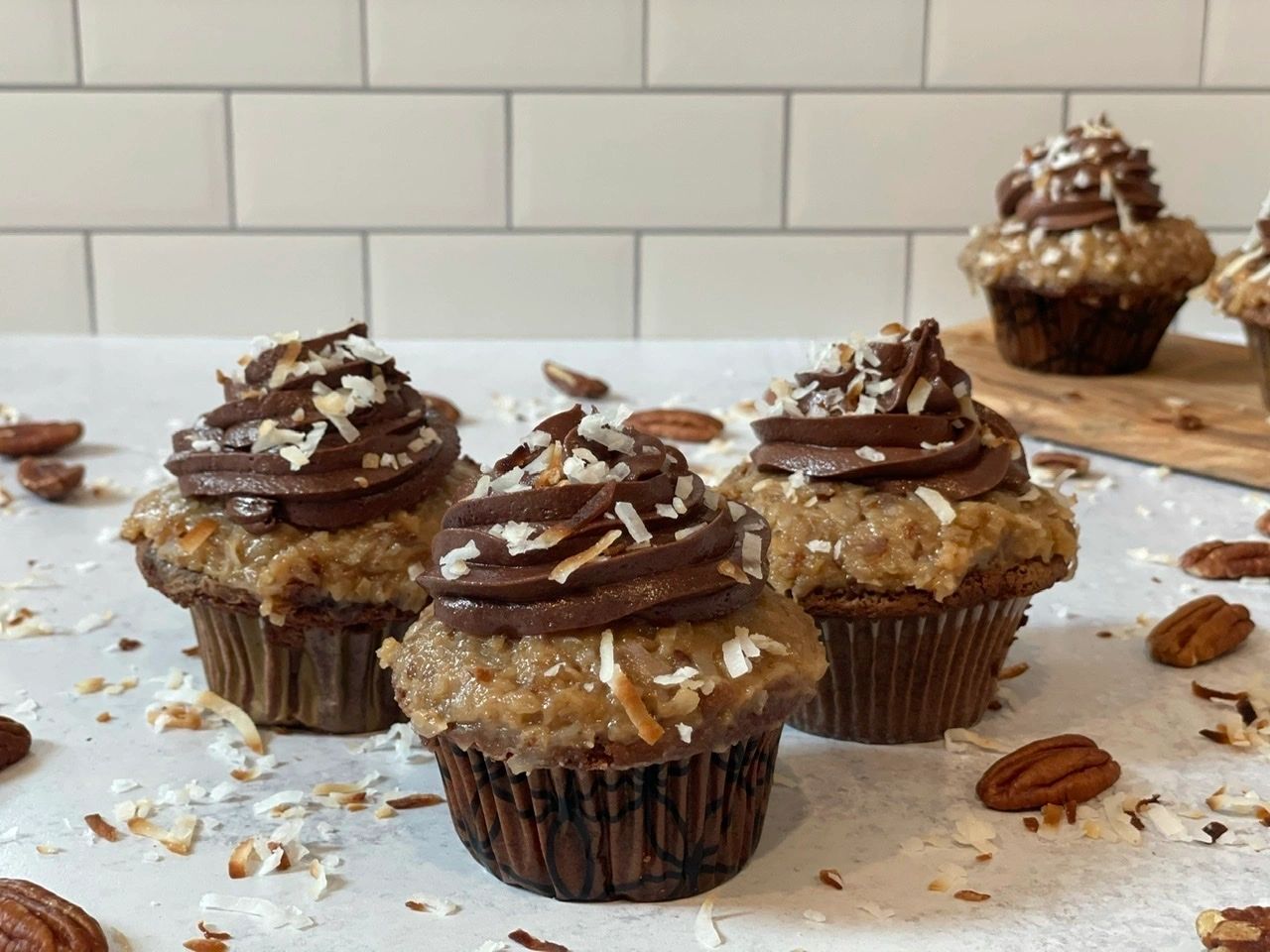 This cake keeps really well in the refrigerator for a couple of weeks, but it tastes best if you take it out of the refrigerator about 15 minutes before serving it because the flavors are more pronounced at room temp. In addition to using two (yes two!) different frostings for these amazing cupcakes, we also toasted some coconut for an added garnish along with a toasted half pecan for the final exclamation point!Also, if you prefer, you can make two 8 or 9-inch layers for a layer cake.
Servings 24 Cupcakes
Prep Time 1 hr
Cook Time 35 mins