Straight from the veggie garden to the salad bowl, Panzanella is the quintessential summer salad. Juicy homegrown tomatoes, cukes, bell pepper, and basil soak up chunks of crusty Italian bread for one of the most delightful dishes of the season. 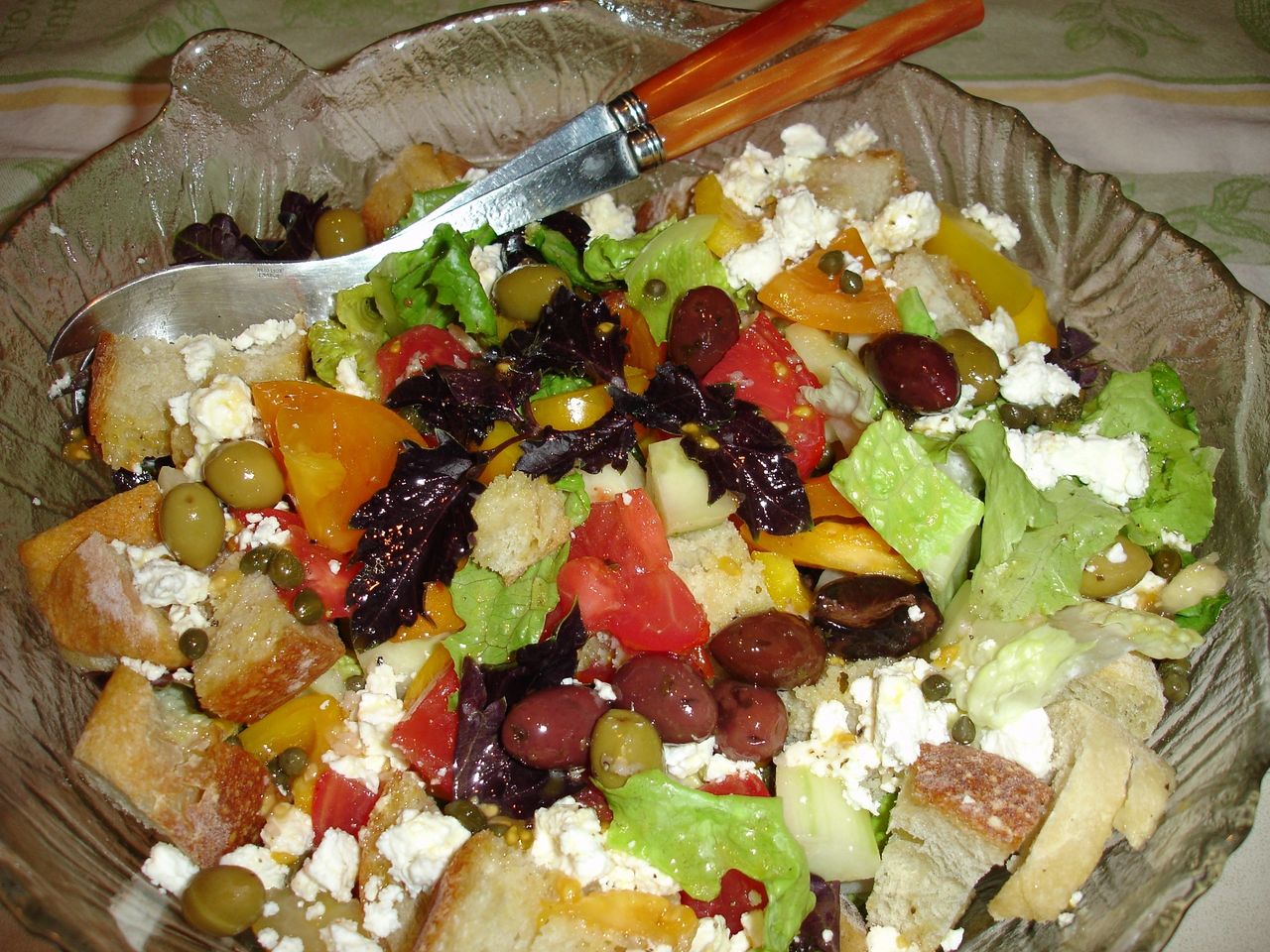 Panzanella is a dinner-sized salad – practically a meal in itself, with crusty bread, cheese, veggies, and olives, it makes a delightful dinner on a hot summer night!This Mediterranean salad usually consists of crusty Tuscan bread and tomatoes in addition to fresh garden vegetables. Veggies can include bell peppers of any color, cucumbers, and onions. Garlic, capers, black olives, and anchovies are added to the salad for extra punch. Use good quality olive oil and white or red wine vinegar. Panzanella originated in Italy was a good way for Italian cooks to make a meal out of stale bread and homegrown vegetables. This Mediterranean salad is another example of the green, white, and red colors of the Italian flag, which are frequently represented in Italian cuisine. The written records of Panzanella go back centuries. In the 1500s, a poem by the famous artist Bronzino described the salad. At that time, the tomato was quite a few years from being introduced into the Italian kitchen, so the ingredients were limited to cucumber, onion, basil, arugula, and bread. Just like yesteryear, practically every modern family has some amount of stale bread lying around the house, but we like to use fresh Ciabatta, slightly toasted to give the salad the freshest taste possible. We also have added feta cheese – a flavor that maintains the Mediterranean flair but adds a little more substance to the meal.
Servings 6 as a side dish

Dressing – Mix well and store in a jar until ready to use.

Can simply use stale bread, cut into cubes with or without first toasting.