If you love cheesecake and you love goat cheese, you are going to die for this one! It’s deliciously creamy and made with a graham cracker or Biscoff cookie crust. Sport your favorite berry compote on top … you will definitely be back for seconds.

We love a dense, creamy, New York-style cheesecake, so rich, that you really should only have one piece and save the rest for another day. It holds up really well in the refrigerator for up to a week, but after that, the crust begins to get a bit soggy, so don’t wait too long for that second serving!

It’s best to make this cheesecake the day before you plan to serve it, so it can properly chill. Once that happens, serve away! You can also make your compote a day or two ahead of time and refrigerate it until you’re ready to serve dessert. 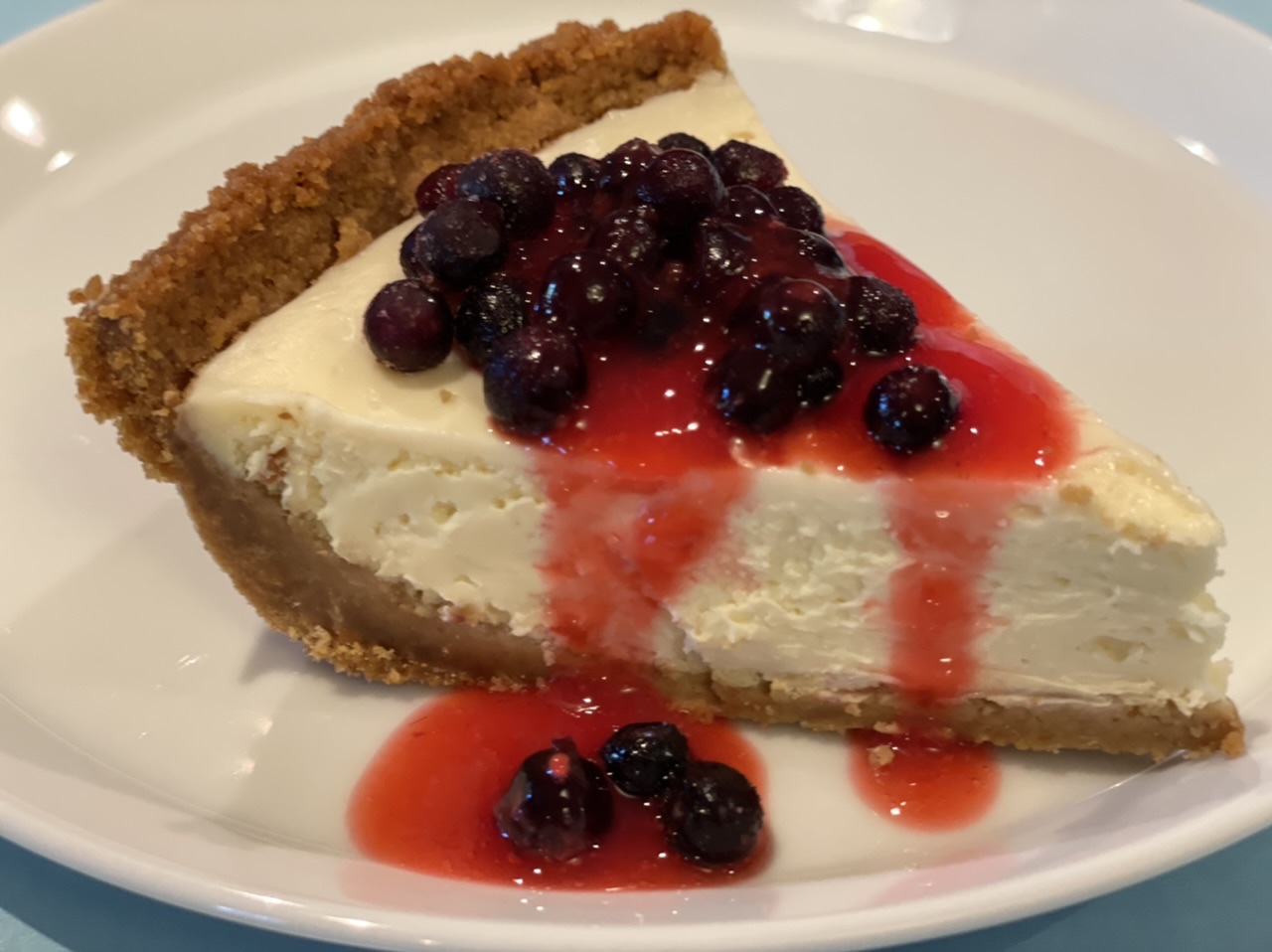