These cinnamon knots, filled with plenty of brown sugar-cinnamon butter are not only ridiculously tasty but beautiful and really, really fun to make! If you know how to braid, you can make these rolls!  Gooey on the inside with crispy strips of dough on the outside, they are the perfect pastry!

We used the basic roll dough from the 1976 version of Better Homes & Gardens New Cookbook, which really isn’t very new at all as it turns out, but it’s still just as good as it has always been. The only thing we changed was using butter in place of shortening. We just never cook with shortening in our house, loving the taste of butter so much more. But, making this dough made me realize that we should definitely pick up a newer version of this fantastic old standby, so we just ordered the 2018 version!

Yeast doughs can be a little scary at first if you haven’t made them, but if you follow the directions, you will be able to make this in a snap. We suggest picking up a candy thermometer so you know the temperature of the milk when you add it to the yeast and flour. If it’s not quite hot enough, it may not activate the yeast, but if it’s too hot, it can kill the yeast too. You want the milk to be in the 110-120 range, no cooler and no warmer. Aim for 115 F and you’ll be in great shape!

Then it’s just a matter of rolling out the dough into a large rectangle, spreading the brown sugar-cinnamon butter filling over the entire thing, folding the dough into thirds, cutting it and braiding it! Oh, and you do need to exercise a little patience allowing the dough to rise before creating your cinnamon knot masterpiece! 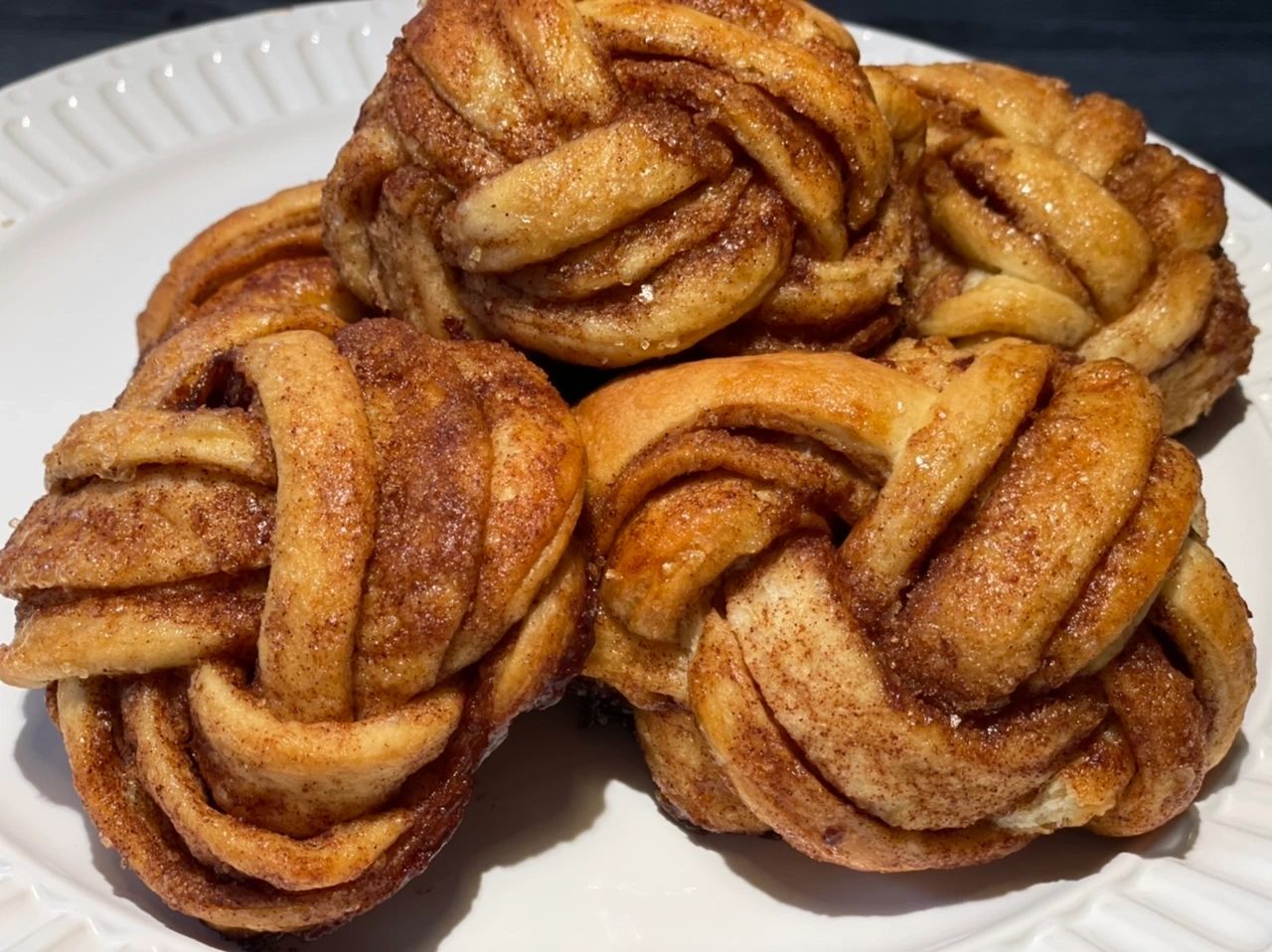 Brown Sugar-Cinnamon Butter Filling (If you really love the filling, then make 1.5 times the recipe for extra cinnamon-gooey knots!)