One year, while Courtney was on tour with Wicked the Musical, they landed in Hawaii for an eight-week run! Seriously! That was so much fun for everyone and naturally, I felt she could use some mom time right about then, so I joined her in Honolulu for several days! (This is the cool thing about your kid being on tour, you get to visit a lot of really fun places!) Even though it was Hawaii, it was during December and January, so the days were short and, and it was actually just a tad bit cool some of the days!

One night after the show, we headed for Yard House on Waikiki, where the Chicken Tortilla Soup was beckoning us to order a bowl. I had never made this soup before, and truly, Hawaii is maybe the I would think of eating a hot and hearty spicy soup, but the trade winds were blowing like crazy that day, so it sounded like the perfect choice for a post-show meal.

We so enjoyed this soup made with plenty of peppers, tomatoes, cilantro, chicken, and spices that we returned the next night for seconds! Although the restaurant would not give out the exact recipe, they offered up a few key ingredients, and we created one that is pretty darn close! Soooooo yummy!

What is so much fun about this soup is all of the garnishes, so be sure to pour them on from sour cream or yogurt to grated cheese, avocado, cilantro sprigs, and tortilla chips. Speaking of which, we just discovered these phenomenal spicy and limey rolled corn tortillas chips at Trader Joe’s and they are perfect with this soup!

Also, try our grilled corn & cheddar focaccia to serve with this soup! It would be perfect! 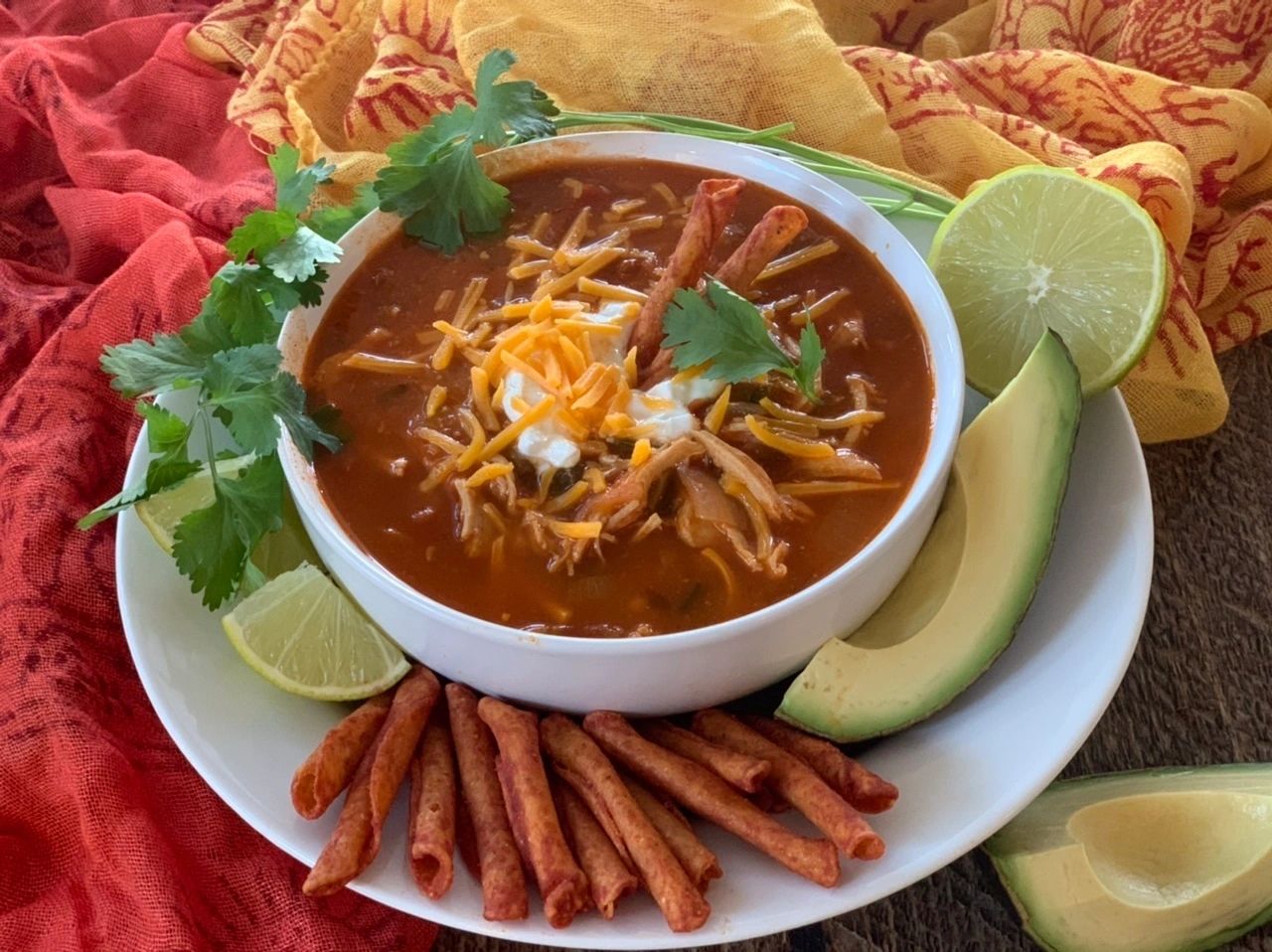