Our family loves Baja and has been vacationing there for almost 25 years! Don’t get me wrong, we love to go to lots of other places too, but when it comes to a relaxing family trip, there is nothing like the sun and surf at the Sea of Cortez! When we’re there, we almost exclusively eat Mexican food, since that’s what’s fresh and fitting! Plus, they have an unlimited supply of tomatillos, limes, and perfectly ripe avocados for much less than we pay in the States! And, if you’ve ever had their chicken, you will understand when I say, it is real chicken! It has a golden color unlike the paler chicken we get at home and the flavor is richer, too. Besides, you can’t go wrong with a margarita every night while on vacation either!

From time to time, locals stop by to sell fish, seafood or homemade fare. We’ve bought fresh shrimp any number of times, but one time a fellow stopped by who was selling his wife’s empanadas and tamales It can be a little daunting, since you don’t have access to her kitchen to see exactly how things roll over there, but being curious cooks and loving authentic food, we gave them a shot. Besides, I adore tamales and they are a huge pain in the neck to make, so why not? Usually I resort to Trader Joe’s chicken tamales for my fix!

Her empanadas were fabulous, but the tamales not so much and so I decided to take a stab at making them myself! Turns out, it is quite a time-consuming, but a super fun, project. The good news is that a lot of it can be done in stages; for example, you can cook the meat and make the sauce ahead of time and refrigerate until you’re ready to assemble and cook your tamales. However, once you make the tamale dough, I think it should be “go” time!

Give these a try and be sure to let me know how it goes! 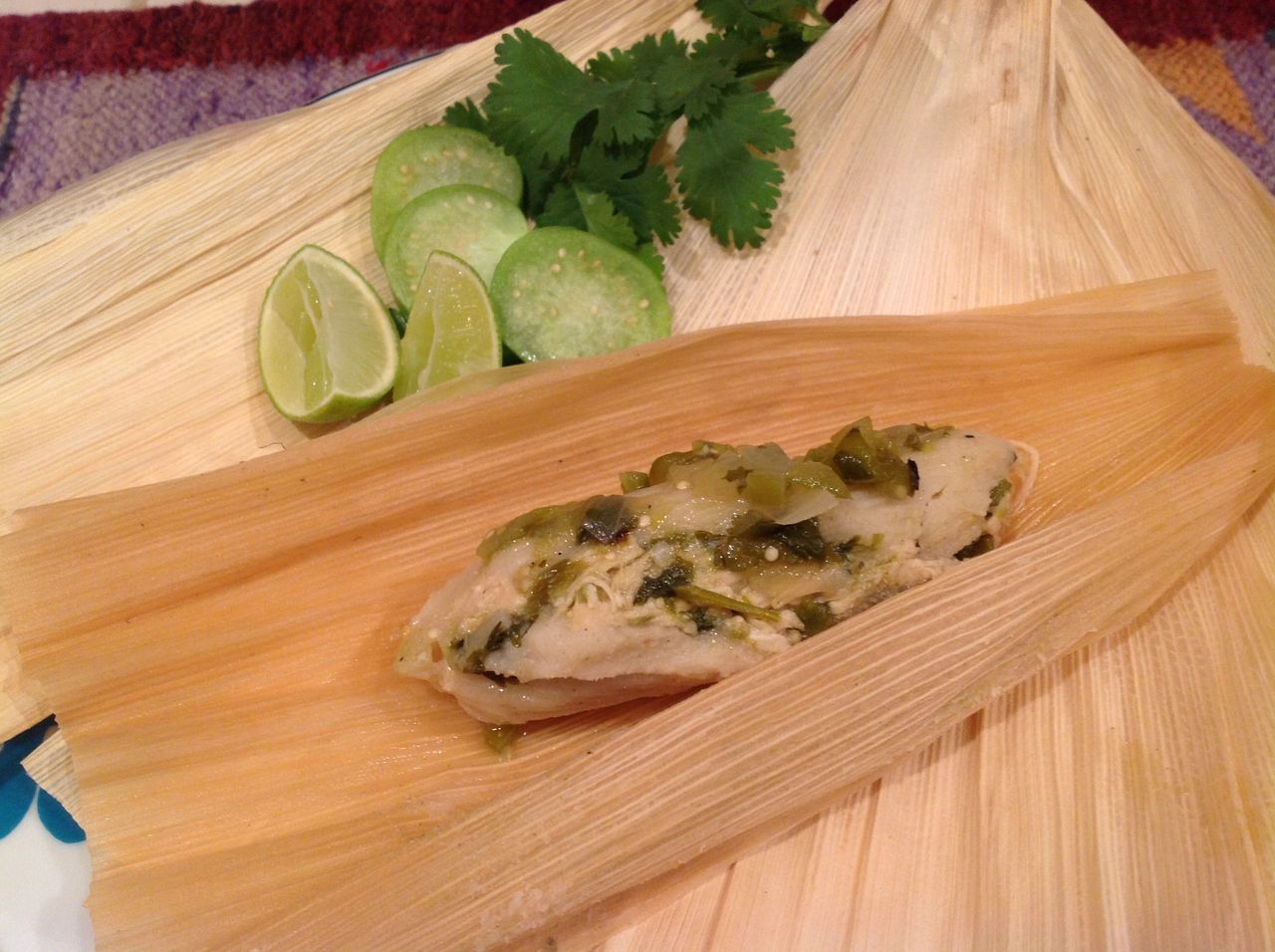