A few years ago, while I was conducting the arduous task of roasting and peeling poblano peppers to stuff and bake, I had an epiphany! Despite placing the roasted peppers in a paper bag to loosen the skins, it is always so difficult to remove all of the skin without making big holes in the peppers. And, holes render the peppers rather useless vessels for cheese filling! My new vision had me stuffing them raw and then baking the entire thing just like you would do with stuffed bell peppers. The very next time, I tried my new method and have never turned back. It is so much easier and the peppers can be baked al dente or well-done, and they have no holes!

Fast forward a few years to this past October, when my good friend Carol McDonald was preparing to roast her peppers for peeling and stuffing with a fabulous mixture of corn, shallots, cilantro, goat cheese, grated cheddar and jack cheese. Just thinking about peeling all of those peppers for a group of eight can be daunting. So, I shared my new trick with her. She was delighted and we we all devoured her delicious peppers! I’ve made her recipe several times since then and they are always wonderful.

We use frozen corn, but you could certainly use fresh corn cut right off the cob for this dish. Also, keep in mind that poblano peppers can vary a lot in terms of heat levels, even peppers from the same plant can be different. Since we were in New Mexico at the time, we found both red and green poblano peppers and the red ones seemed to pack the most heat. However, you can often find poblanos that have very little heat. The problem is that you don’t really know until you bite into them! If that intimidates you, just replace the poblano peppers with Anaheim peppers, which are very mild. 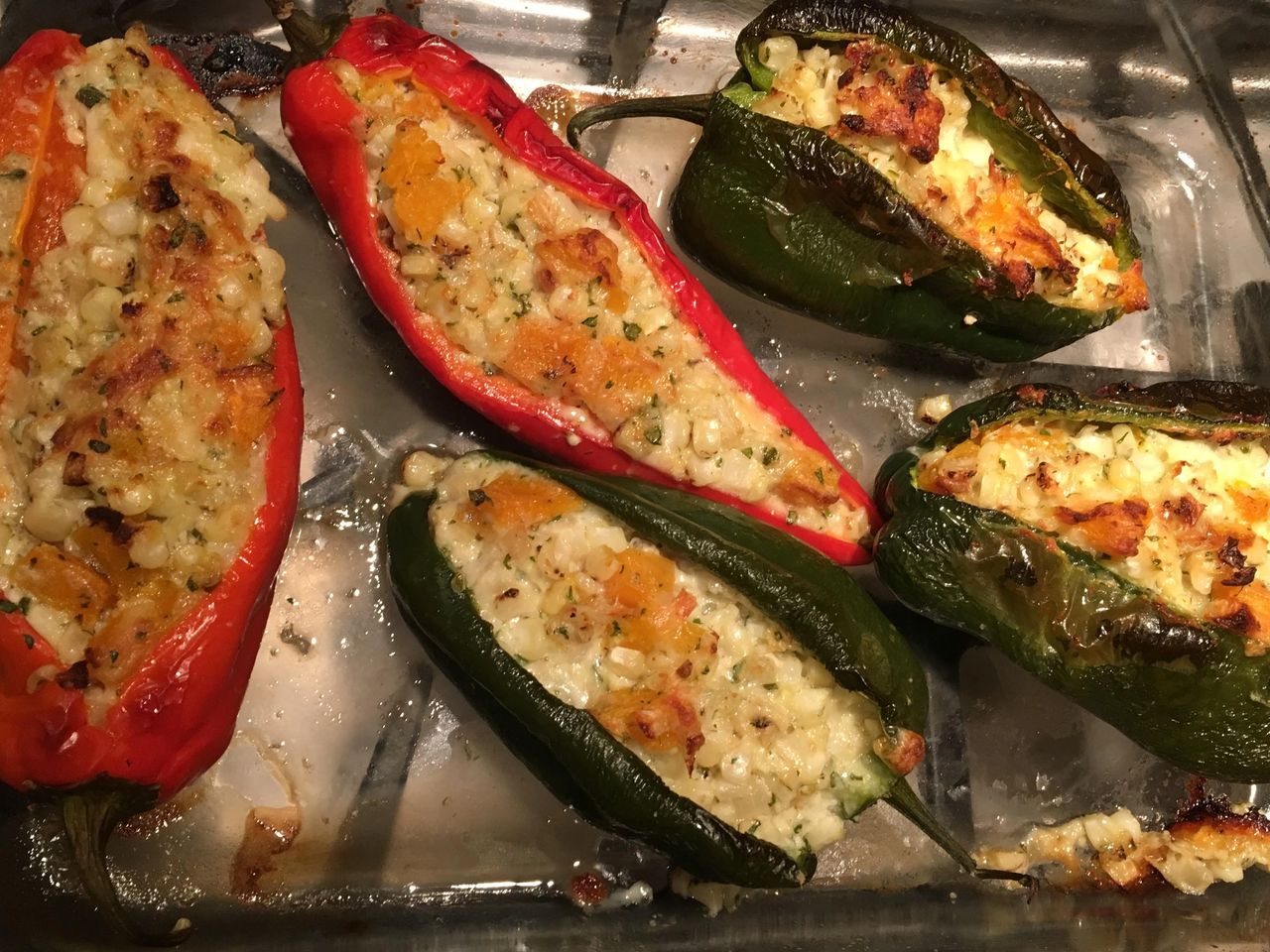 *I have not tried this yet, but am contemplating grilling them on the barbecue in order to get some charred spots on the peppers. Will keep you posted!