I just ran this recipe in my Lamorinda Weekly food column and couldn’t help but to feature it here, too, since it’s Chanukah week and latkes are a special dish for this holiday! Usually made with potatoes, we have taken a departure from the regular recipe and ours have no potatoes! Instead, garlic, onions, lots of finely sliced leeks, and bread crumbs crisp up to make these savory pancakes to serve as a side dish or all alone. Top them with a dollop of sour cream, or even better crème fràiche and a sprinkling of finely snipped chives. We like to grate Parmesan on them sometimes, too.

This year I was inspired to make leek latkes because of a recipe I found in Orly Ziv’s cookbook for fried leek patties. Orly is a foodie in Tel Aviv, Israel and she offers market tours and cooking classes, which I enthusiastically took and thoroughly enjoyed while we were in Israel a few years ago. Ever since I’ve had several of her recipes earmarked and leek patties is one of them.

When I first set out to make the leek latkes, I decided that I really should have some potatoes in them, since latkes are traditionally made with potatoes. They were good, but not quite what I had in mind. So the next day I worked up another batch but substituting onions and garlic for the potatoes. Magic! These latkes, made with either matzo meal or bread crumbs are delicious and exactly what I had in mind from the beginning. While I love making chicken schnitzel with matzo, I actually prefer the bread crumbs for these leek latkes.

Since we are not hugely into fried foods, preferring the lighter version of sautéing food in just a little bit of oil rather than a lot of oil, we like to cook our latkes low and slow in a frying pan or on a griddle. In fact, one of the keys to this recipe is to sauté the leeks, onions and garlic first before mixing them with the egg and bread crumbs. This way the onions and leeks have a head start on cooking all the way through!

Serve these up with a sprinkling of Parmesan cheese or a dollop of crème fràiche!  Delish! 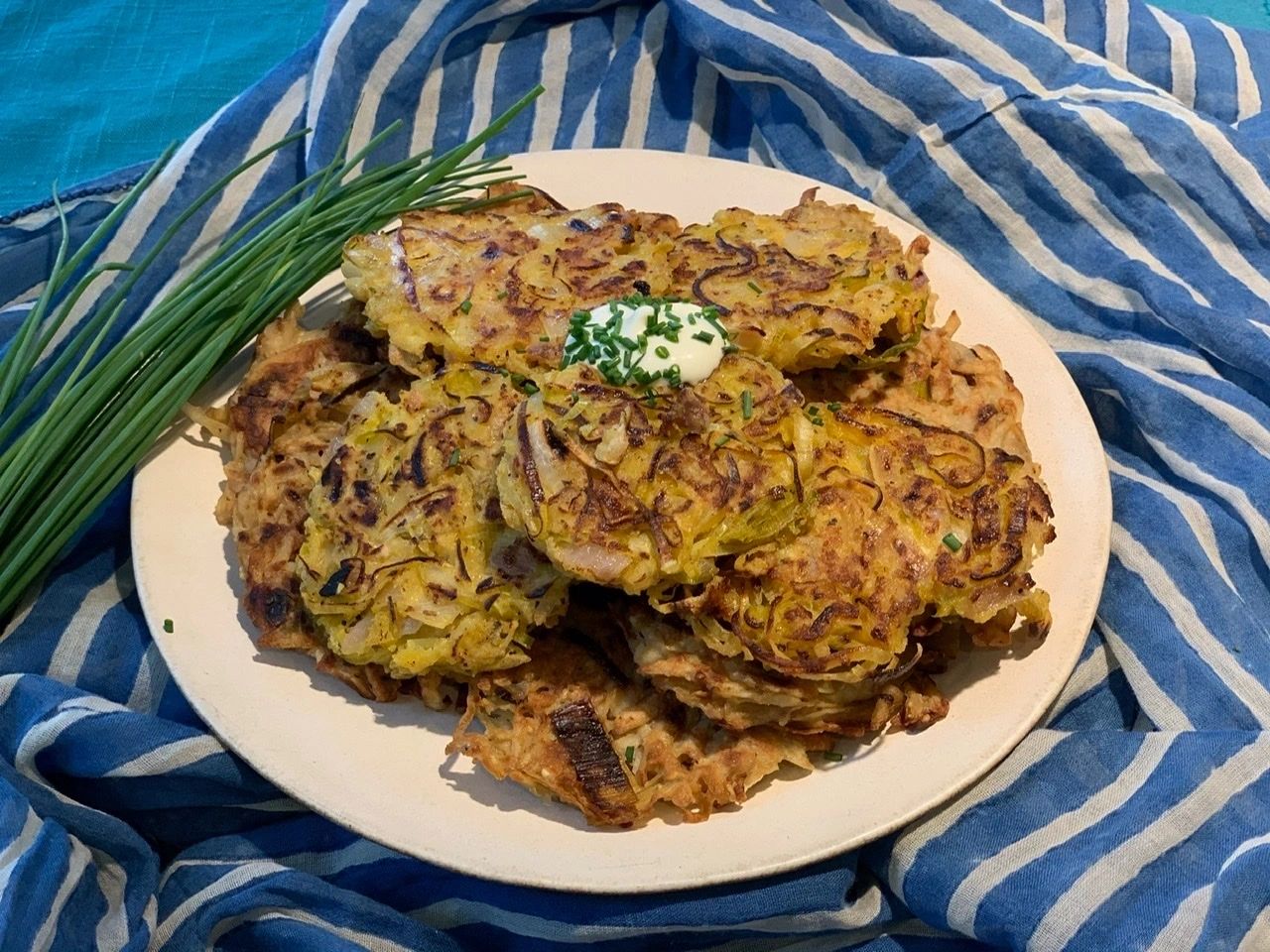